Why I Am Hooked Up. Reasons You Shouldn't Ignore Twitter. 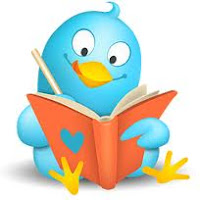 LinkedIn, Facebook or Twitter are not a passsing fad suitable for media, marketing, IT or recruitment professionals, as many sceptics judged at the begining. On contrary, more and more people and businesses realized the need to join and participate.  So why should YOU use twitter on top of your LinkedIn and Facebook profiles?
Beeing on twitter enables you to join a community of your choice, getting up to speed with news, and latest developments in the World, either from respected official channels –professional magazines, newspapers, business and political authorities, progressive Companies or from the tweeting community itself. Never before you could get so close to the gurus in their field, who’s  tweetstreams ideally consist of 80% professional and 20% private news, comments, evaluations, blogs.
You either create the content yourselves or you distribute (re-tweet) interesting news. Twitter is a great partnering and influencing tool. You can even steer an upheaval by tweeting, as Wael Ghonim did in Egypt (more in the blog post http://bit.ly/gU66z0) . The news travel fast and quick, the support can grow rapidly.
One of the biggest hurdles at the beginning is to choose the relevant people and publishing houses, you want to follow. Your followers will recruit from those who are attracted to the similar topics. The easiest is to study the list of contacts somebody you admire follows and start to follow them as well. Only then you fully get hooked up with tweeting world, when you actively join in. Give this experience a week and you may be surprised about the value twitter brings you instantly.
The challenge of contributing is to learn to engage with your audience. Many celebrities are tweeting random quotes but never interact with the audience (is it really them who is tweeting?). The authenticity is lost and credibility as well. The line what ‘s hot in the world or in your chosen area gives you idea what similar minded people think about. Tweet words limit (140 letters) enables to focus your thoughts, also in direct e-mails, no time lost for the reader.
Twitter despite its growing registered accounts base of more than 200mil. worldwide, is still waiting for more widespread usage especially outside the United States (LinkedIn with 100mil. users WW, Facebook 643mil.WW). Language choice could be a challenge especially in countries with small English speaking base as they are limited to get to the WW twitter trending topics – except if they do not live in Egypt (voices in Egypt have special section).  Specific solutions were found for Germany, France and Italy, via @twitter_de (287t followers), @twitter_fr (388t followers), @twitter_it (312t followers).
If twitter is about speed and snapshot view, inviting you to get deeper in topics that interest you, and about learning and sharing with people you may not know personally, Facebook is mainly about updates exchange with your close family, friends and colleagues, as you have to (unlike in twitter) accept them in your network if you do not decide to go for the Company / Brand FB pages.
Professionally you cannot stay up to date without your LinkedIn account - for reputation building while nurturing your professional network and being connected with key people throughout your career evolvement.
The more you interact with people on all three social media sites, the more thoughtful you are about your content, timing and target group relevance, the wider your reach will be and the stronger your personal/professional brand will become.


Note: Twitter celebrated last Monday, March 21st its fifth birthday. From official Twitter Blog that day: "Twitter users now send more than 140 million Tweets a day which adds up to a billion Tweets every 8 days—by comparison, it took 3 years, 2 months, and 1 day to reach the first billion Tweets. While it took about 18 months to sign up the first 500,000 accounts, we now see close to 500,000 accounts created every day. All of this momentum and growth often pales in comparison to a single compassionate Tweet by a caring person who wants to help someone in need."
Posted by Jana Budikova at 11:59 AM